Studio 4332 realized a seriously top brand activation for Grolsch at Design Indaba 2011. We assisted the agency with the creation of a 360 circular feature bar and the activation aspect of the campaign including promoters to engage with visitors. As a key sponsor of Design Indaba the Dutch beer needed innovative and especially creative elements to showcase their craftsmanship, artistry and creative spirit of the brand.

Revealing your True Character was the theme of the campaign extending through-the-line. A series of animated facial features were designed by illustrator Minky Stapelton which was incorporated into the theme. The substantial bar was located advantageously in the centre of the event and easily accessible. Large animated heads were rigged from the ceiling of the CTICC and drew attention to the area from a distance.

Patrons were served Grolsch at the striking bar and participated in lock- art as they consumed the beverage. Some of the bottles were filled with water at different levels and suspended from the canopy of the bar area to create musical notes and a UCT Professor of music played visitors a tune.Our branded promoters engaged with Design Indaba delegates using iPad apps and encouraged them to express their own true character and identity by selecting from a choice of over 200 facial features from the animated characters. These characters were uploaded to individuals’ Facebook pages and the cream of the crop to the Grolsch page.

Some promoters created quite a stir as they engaged with visitors in a really fun way in the conference and around the expo adorning large animated heads. Other activities included swing-top challenges and eco-friendly prizes. Our promoters also welcomed delegates to the Design Indaba after party which took place at Trinity in Green Point. Grolsch dates back to 1800 and is now a part of the SABMiller group. The distinctively shaped bottle and unique swing-top cap eliminates the need for an opener as the bottles are opened by hand using a lever at the side of the bottleneck. 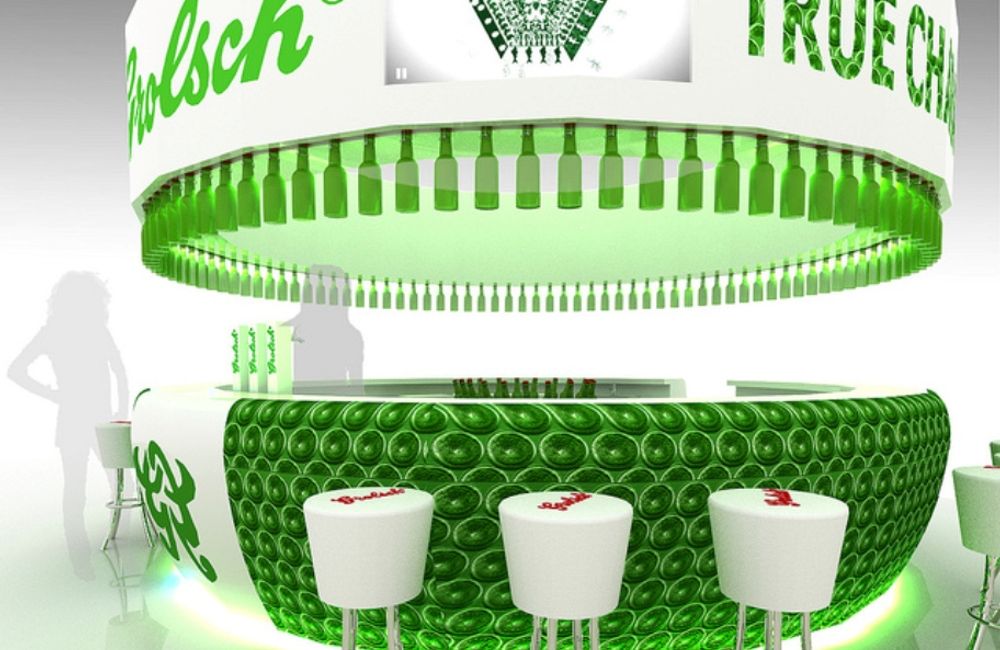 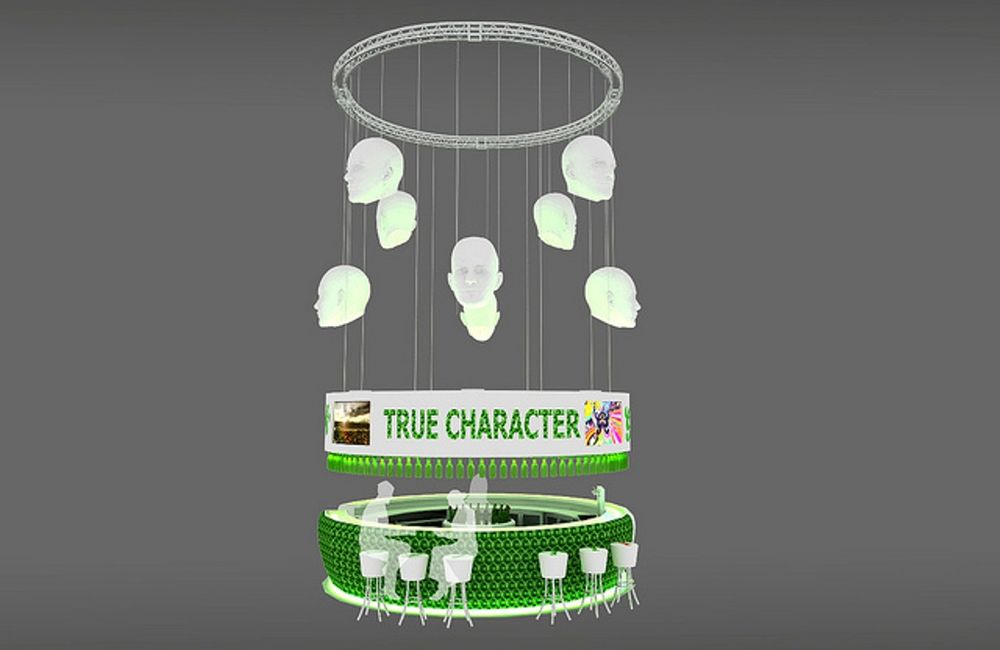 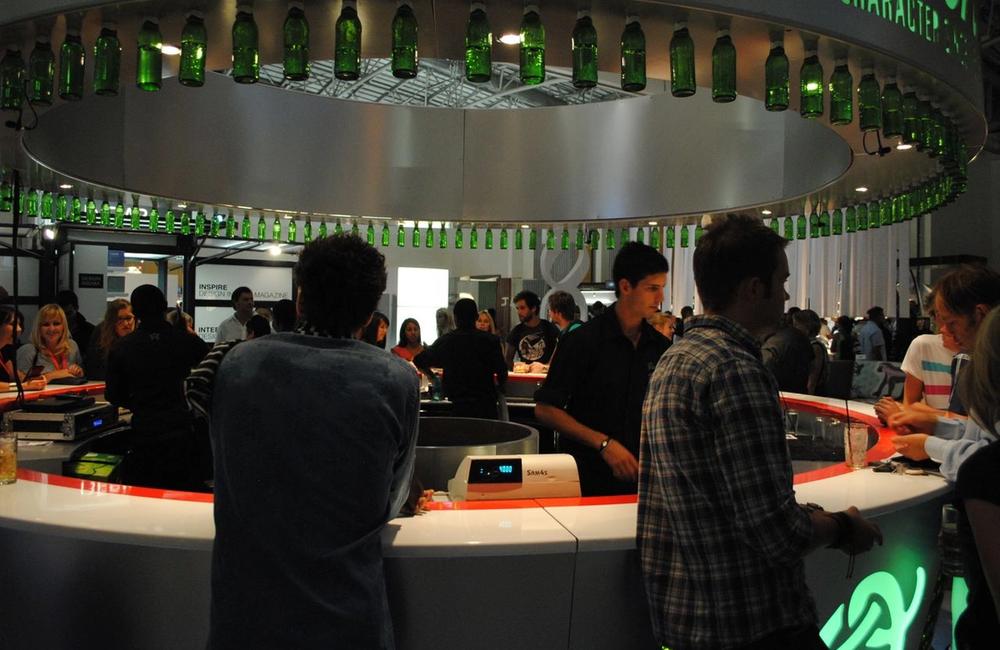 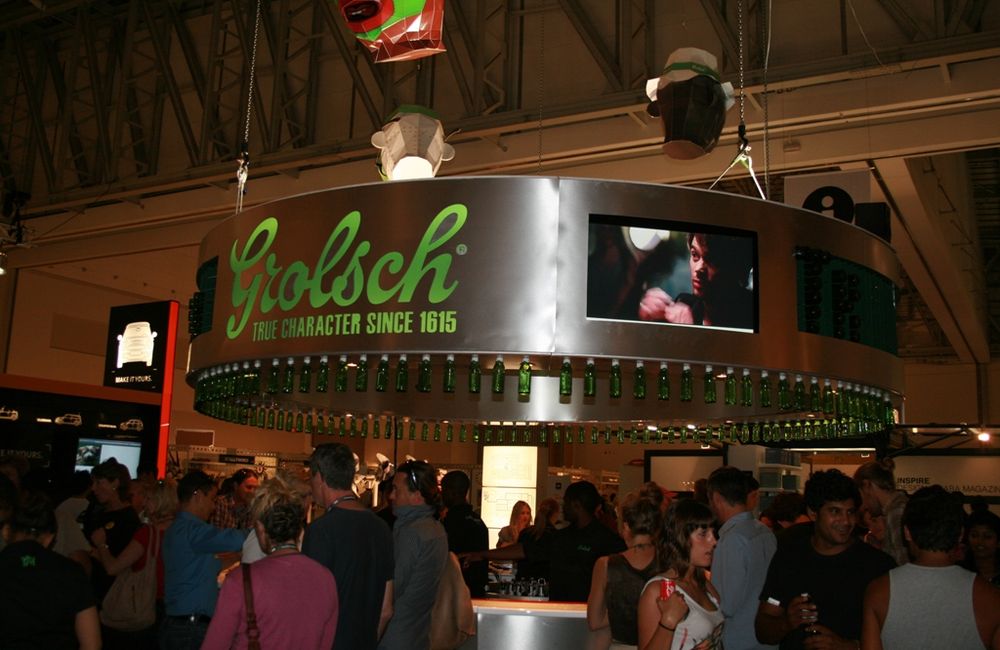