We designed a single storey stand as an option for Distell's trade fair promotions.  Spaces incorporated were similar to those of the hero double storey but the ergonomics differed.  The drive brands:  Nederburg, Durbanville Hills, Two Oceans, Drostdy-hof, Fleur du Cap and Obikwa were represented at tasting counters which formed the main focus of the exhibit.  Individual tables were placed on the perimeter of the stand for additional meetings.  Front lit visuals served as a backdrop for each brand's meeting space.  The corporate boardroom was positioned at ground level with an interleading sliding door for privacy.  A second meeting room was available near the kitchenette area. 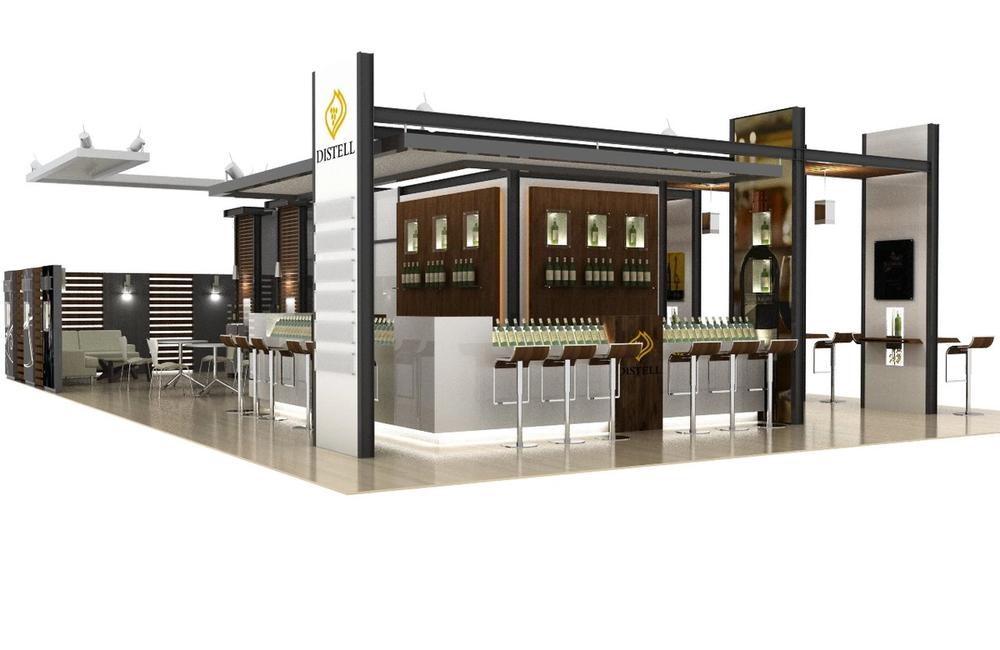 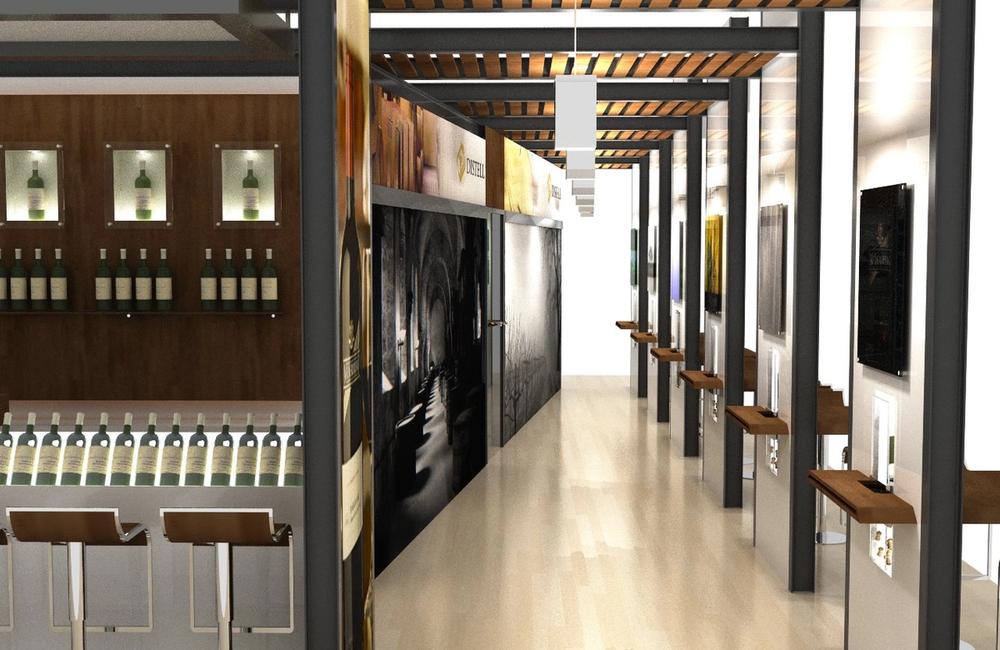 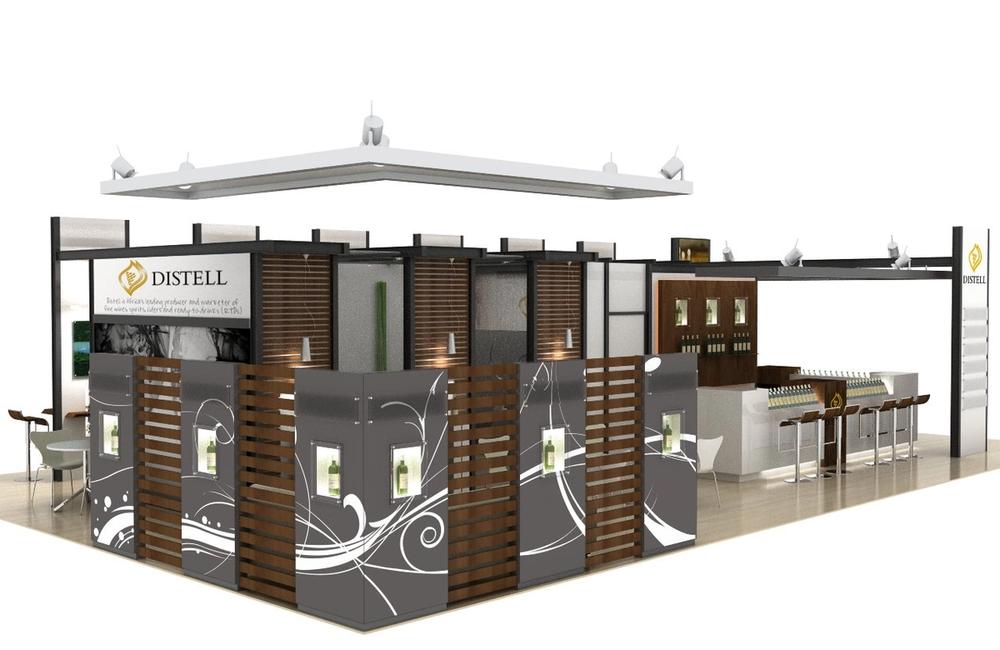 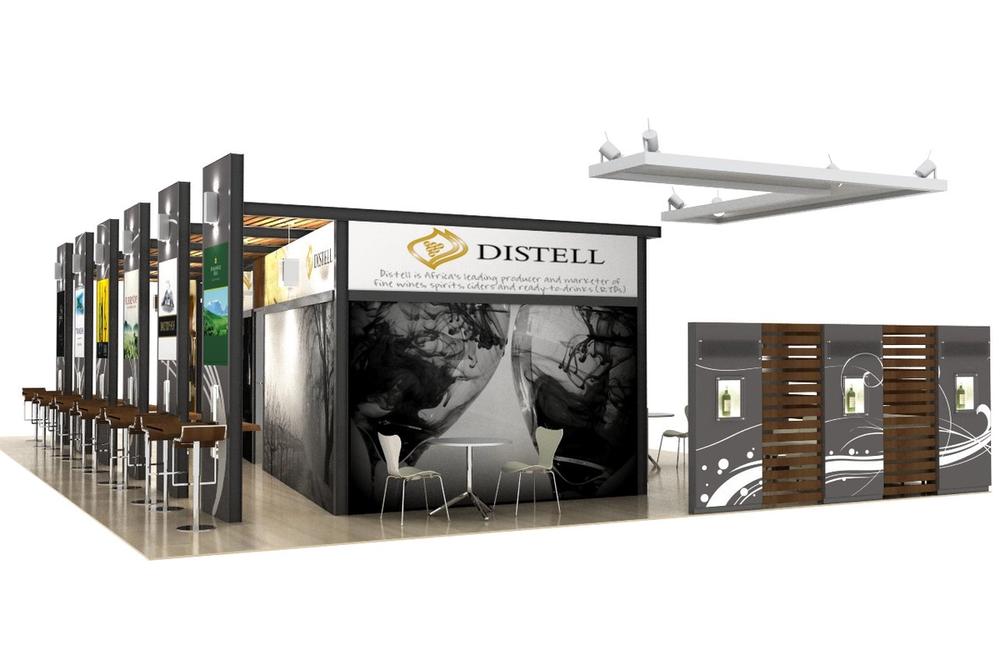 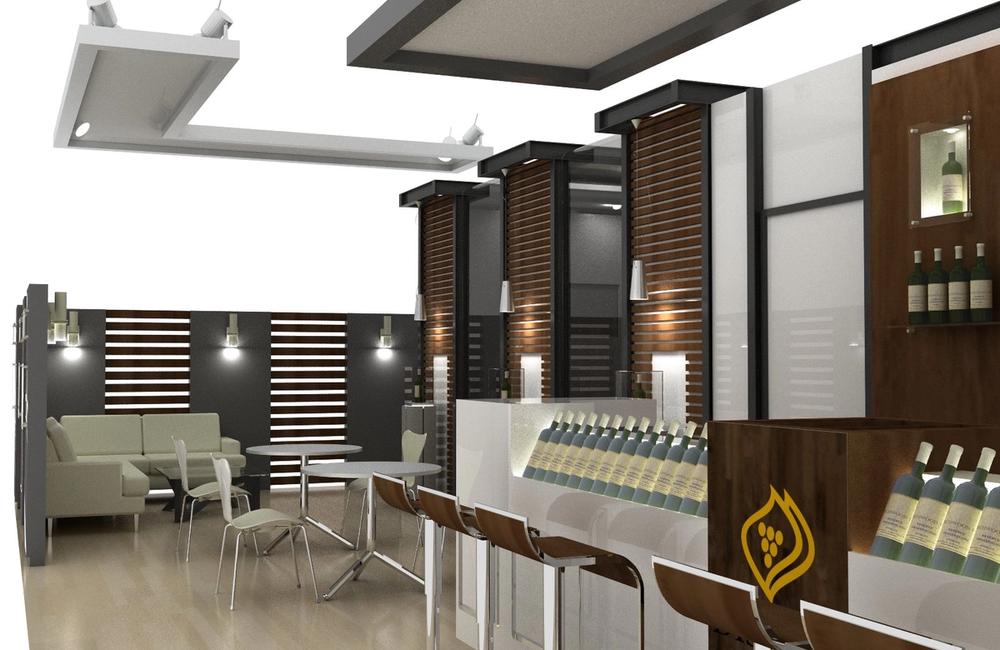 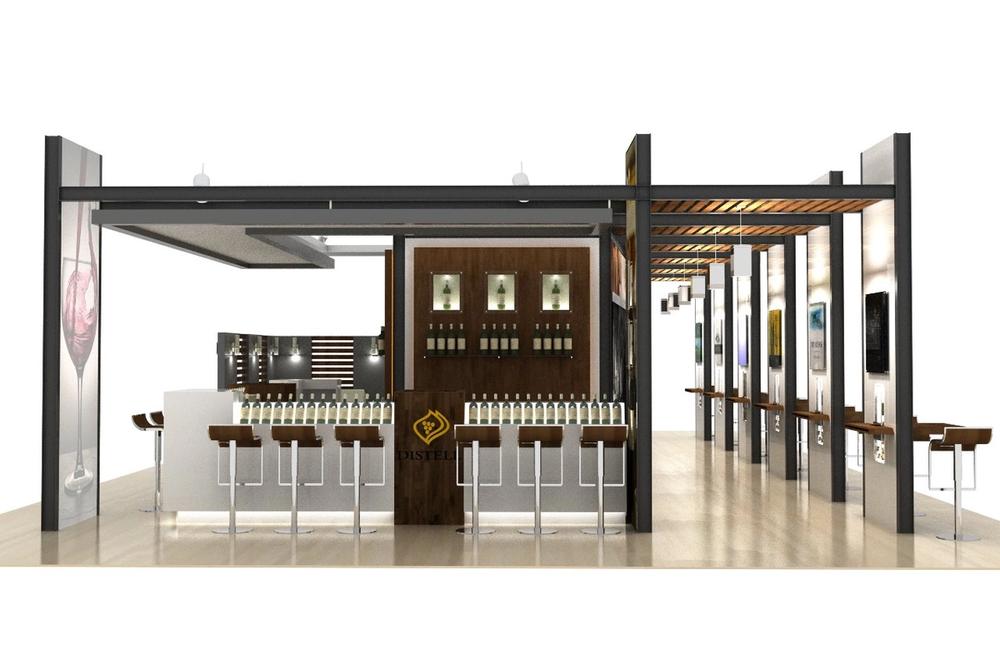 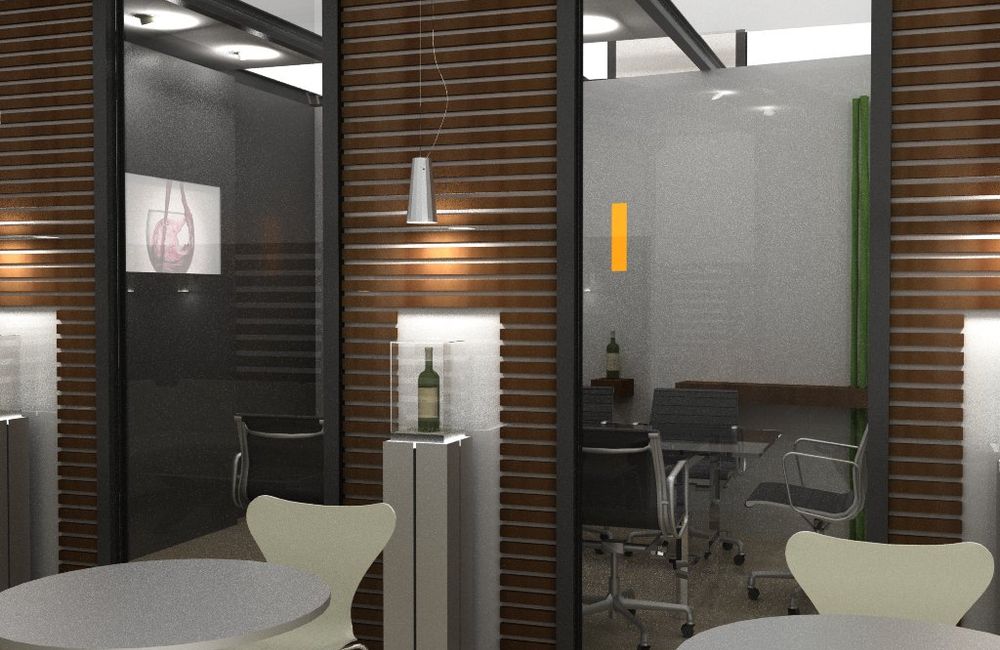 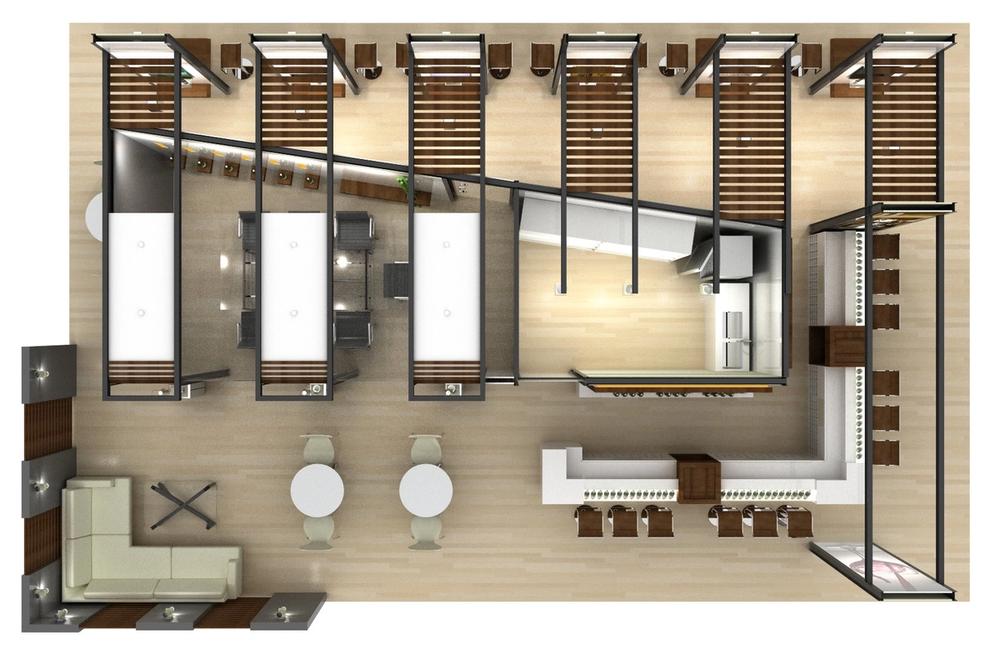